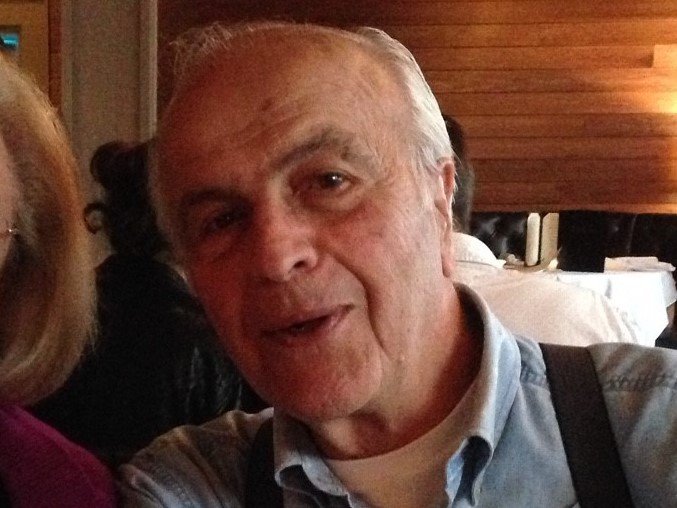 A Tribute to My Dad

My Dad was born into a Sicilian family in the 1930’s. His mother was one of the fiercest women I ever knew who was married to a fun -loving family man I only knew through photographs - mostly ones with a cigar in his mouth standing in front of a BBQ with a huge smile and sparkling blue eyes. My Dad was the middle child - his sister, Linda, a few years older and his brother, Raymond, ten years younger. He grew up in a very tight knit and large community full of family and life -long friends who were adopted into the family. Summers were spent in Coney Island, and later in Long Beach where everyone knew everyone. Sundays were spent having family dinners. Different than today where people are scattered all over and Facebook has replaced face time.

My Dad became a CPA following in his father’s footsteps. Sadly, my grandfather passed away after a long illness when my Dad was 27. I can only imagine this time in my Dad’s life and how it changed his world.

My Dad, the solid grounded rock, did have an adventurous streak which came out when he bucked all expectation and married Alice, a beautiful blonde blue -eyed Norwegian Pan Am stewardess. Go Dad!! I truly wish I could have seen my grandmother’s face the day she met my mom!

For anyone who may have said in those early years that it wouldn’t last, my parents have been married for over 53 years. Two total opposites that somehow managed to complement each other. My Mom is outgoing, adventurous, traveled the world, always quick with a smile and fast to make friends with anyone. My Dad was quiet and reserved. If you were part of his inner circle, he would take a bullet for you. If you were a stranger, there had to be a good reason for him to take interest in you. It’s not possible to talk about a relationship of a lifetime in a few sentences - all I know is, for whatever ups and downs there were, my parents were there for each other up to the very end, holding hands every step of the way.

My Dad was 100% genuine. He never pretended to be anything other than what he was. He was a handshake kind of guy and his word meant everything - it was a more solid bond than any written contract could ever create. My brother, Vincent, shares these great qualities. He taught me never to judge people by the watch they wear or the car they drive - these things don’t matter. Character, loyalty, and love are the only things that do.

My Dad had a bit of a temper. He had zero understanding of the darker side of this world and would often rile against evil things people would do. It was one of my biggest childhood goals to make him smile. He made the mistake of venting at the dinner table one time about who knows what and added “and god dammit somebody stole my sponge!” (It was me for the record - I always took his bathroom sponge to clean my room and would leave it somewhere in my mess). For the rest of his life, he could never vent about anything again - without having to hear me add “and god dammit…” It made him laugh every time.

September 20, 2019 the world became a little darker, as my Dad decided it was time to leave this world and join the many great people from his generation in whatever it is that lies beyond. For those of us that are still here, he loved so many of you so dearly. I don’t dare to start naming names for fear of accidently leaving someone out as the list is quite long - but you know who you are.

The time we share on this planet is short. I wish everyone much love and joy and I hope you all spend your time wisely. I will do my best to do the same with the lessons learned from my father. Rest in Peace.

My brother Vinnie left us yesterday just a year after our sister Linda died. Vinnie was 10 years older than I and Linda was 13 years older. I always maintained that I was the result of a mid-life fling my parents had. Linda always maintained that was not so, but Vinnie was non-committal. Because of the big difference in our ages and the fact that our parents were in their 40’s when I was born, to a large degree Vinnie and Linda functioned as surrogate parents for me. In particular, Vinnie was my role model not only as a child but throughout my life. Unfortunately for me, he viewed me as a minor (and sometimes major) annoyance when I was little. After all he was 10 years older and had more important things to think about than catering to the needs of an annoying child. Still I gained great satisfaction from little things like shining his shoes for him when he was going on a date and keeping the finish of his beautiful 1955 Ford Fairlane convertible in immaculate condition for him.

I was blessed in those years not only because of my siblings but also because our parents met all of our needs as best they could and provided us with a loving home. Our summers were spent in Long Beach where I frequently pestered Vinnie (unsuccessfully) to allow me to hang with him and his friends. When I was a little older and perhaps more tolerable, he bought a boat with a 30 horsepower engine that he and I used on weekends to fish and water ski in Reynolds Channel north of Long Beach. He was working during the week with our dad in New York at the time, so on weekdays he allowed me to use the boat on my own. All sorts of memories around our home in Long Beach and that boat involved the two of us in some kind of maintenance activities or just enjoyment of the summers there. Later in life when we both married and had families, we would continue our summer traditions on Cape Cod where we would both rent houses for several weeks and spend time together with our children, but these always seemed to be an extension of those earlier times in Long Beach.

Vinnie always looked out for me and took an active interest in what was going on in my life especially after the premature death of our dad in 1961. I even was able to talk him into letting me have that beautiful Ford convertible after my junior year in college by convincing him that without it my life was in danger when getting rides to women’s colleges with classmates who frequently drank too much, as if I was any less likely to do so. When I was in medical school, he heard I was getting serious with a girl who had a child, so he took the time to travel to Boston and set me straight on the realities of what a relationship like that would involve. Later, I have a vivid memory of returning to Forest Hills from my tour in Vietnam. I arrived on the subway and was walking down 71st Avenue when he ran to greet me on the corner of 108th St with wide open arms and a look on his face that said, “I am so happy that you are home!”

I mentioned that Vinnie was (and still is) my role model in more ways than I can say or even imagine. Even though we lived apart for most of our adult lives, we would always keep in touch with each other. We would share time together on visits to our mother when she retired to Deerfield Beach, Florida and wonderful weekends with our wives Alice and Marianne at our nephew Chuck and his wife Helen’s lovely home in Sag Harbor. I have adopted his approach to so many things, and this is sure to continue the remainder of my life.

Share Your Memory of
Vincent
Upload Your Memory View All Memories
Be the first to upload a memory!
Share A Memory
Send Flowers