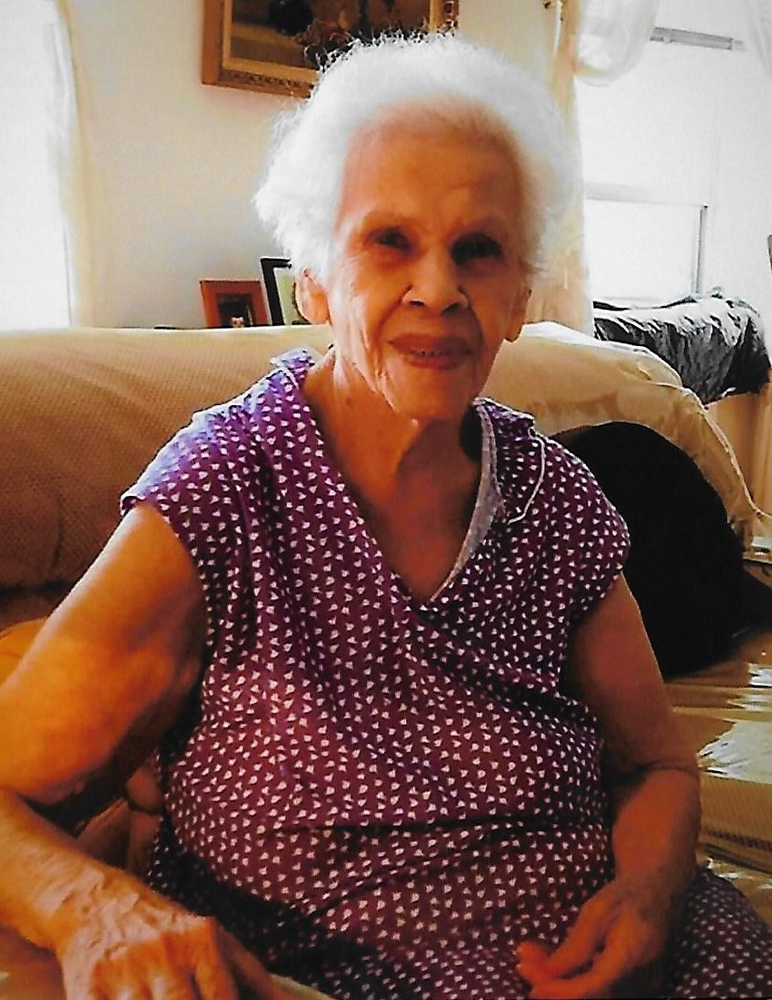 Mother...a word that conjures up so many emotions; hopefully good ones for most of us. I know for sure that the feelings that run through my very soul whenever I hear the word "Mother" are wonderful ones.

My blessed Mother, Aurora Torrens, nee Aurora Rijos, was born on October 3, 1922 in Rio Grande, Puerto Rico. She was the second of eight children, and the first female child born to Francisco Rijos and Francisca Fuentes. My grandparents were farmers who lived off their land. My grandmother was in charge of taking care of her family's needs while my grandfather tilled the soil, cared for and sold his livestock in order to support his wife and children.

Mother was brought up to adhere to her younger siblings' needs, as was the custom of her ancestors during that time. She went to school and loved learning. Unfortunately, she could not continue her education beyond the eighth grade due to the growing responsibilities expected of her by her parents. All throughout her lifetime she spoke of how much she wanted to continue her education, and encouraged everyone she met to pursue a career and how important it was to do so.

Mother was very gifted in the area of home economics. She was an excellent cook and seamstress. There was no sewing project she could not tackle, and all of her talent was God given. No one taught her how to sew, crochet or embroider. She learned all of that on her own, by observing and being hands on.

At the age of 25, Mother decided that she wanted a more adventurous and prosperous life. She felt that living in New York would guarantee her a better quality of life. She arrived in New York in the Spring of 1947 and lived with family members in Manhattan. That was the custom during those years with many Puerto Ricans. They would live with family and/or close friends until they got settled, found jobs, got married and would then branch out on their own individual journeys. She found employment at a garment factory. She had a lot of experience behind her with sewing and embroidery, and she managed to secure a position in which she made a slightly higher salary than most of her other co-workers. Mother was very frugal and saved any money she did not have to spend. She felt that was very important and she carried that practice throughout her entire life.

Mother met her future husband, my father, through the family she lived with here in New York. They had a short courtship and were married on April 6, 1950. They lived in Spanish Harlem. I was born four years later. She did not work outside the home after I was born. We moved to the South Bronx in September 1956 and lived there until 1974. After I got married in 1976, they moved to another area of the Bronx called Parkchester. My father died in 1981. Mother finally moved near us in 1994. Although she was very independent and did not see a need to relocate, we all felt that she needed to be close to me, my husband and our daughter as she was getting older.

Mother was the quintessential homemaker. If there were to be a picture in the dictionary beside the word "homemaker", it would definitely be hers! I think often of all the things and sacrifices that she did and made for me and my father when I was growing up.

I always remember the "little things" she did for me that I have never forgotten. One thing that stands out is the little cup of orange juice which waited every school day on top of our washing machine so I could drink it after I brushed my teeth. Our washing machine was right outside the bathroom, so I could not miss seeing it. The cup always had a lid on it so no dust would get into the juice. She did this all throughout my grammar school years. I could go on and on, but then I would have to write a book. All I really want to say is that my Mother was there for me and my small family for every phase of my life. She helped me, my husband and our daughter whenever we needed her. There were no "buts" in her vocabulary when it came to us. She put her heart into everything she did.

Luckily, Mother did not have too many very serious health problems. Yes, she had glaucoma and macular degeneration, and a bit of hypertension and osteoporosis, but those are ailments that many of us have to deal with as we age. Since Mother lived so long, her eyesight started to fade away quickly and her hearing diminished quite a lot in the last months of her life. We dealt with these ailments as best we could. Her trips to the doctor were frequent in recent years, but they were necessary and we were always available to take her to her appointments. I also provided her with an aide who loved her. She would take care of her house chores and anything she needed during the day. If I could not visit everyday, I would call Mother twice or three times to make sure she was all right.

On December 1, 2019, one of my Mother's neighbor's called me to inform me that she had gone into the hallway to ask for help. Mother spoke to me and said that as she was exiting the shower, she could not feel her left arm or leg. We called 911. The EMS employees were about to take her to the hospital as I got to her building. I went with them. When we arrived, they did a CAT scan of her brain which showed a spot. The neurologist on staff told me that it looked like an aneurism. She was then transferred to another hospital in Manhattan. By that time, she could no longer talk coherently or move. I was given choices but I told the medical staff that all I wanted was for her to be comfortable. I did not want any operations or for her to be revived if her heart stopped. Mother had lived 98 years. She was not in any visible agony or pain after she was put on morphine by the hospital and that is the way I wanted her to stay -- comfortable and warm.

The doctors at the hospital informed me that they could not predict how long she had. It was very difficult for me to sleep at night not knowing. I finally got the phone call on December 9, 2019, in the morning. Mother had passed very quietly and peacefully according to the physician who called me. I was very grateful for that, at least. I could not control my crying when I was no longer on the phone. I was relieved that Mother was no longer suffering, but not having her to talk to or visit was a killer for me. My Mama was such a big part of my world that I didn't know how I would exist without being able to call to say "Hello" and "How are you?, or see her.

I have been blessed to have Mother for so many years. She was very sharp mentally even towards the end. I think she knew she was in the last phase of her life when she told me at the hospital that she was dying. Those were her last coherent words to me and they have been seared into my brain. My Mother has my undying love and respect. She made a positive impact on all those who knew her. I will love her forever and so will my husband and our beautiful daughter, Priscilla Marie.

To send flowers to the family or plant a tree in memory of Aurora Torrens, please visit Tribute Store
Monday
16
December

Share Your Memory of
Aurora
Upload Your Memory View All Memories
Be the first to upload a memory!
Share A Memory
Send Flowers
Plant a Tree