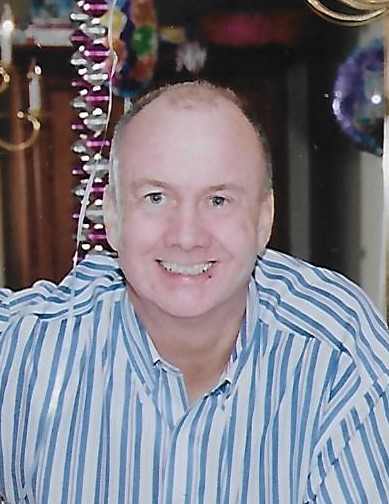 Please share a memory of Joseph to include in a keepsake book for family and friends.
View Tribute Book

Joseph Michael Keane was a lifelong resident of Forest Hills Gardens. Born to Martin and Sarah Keane of 23 Ascan Avenue on September 9, 1961. He was a graduate of Our Lady Queen of Martyrs, Archbishop Molloy High School, Saint John’s University, and Parsons School of Design. He was a proud father to Katharine Keane, 24 and Maura Keane, 15. He was a loving son, brother, uncle, cousin, and loyal friend. He carried the heart and fiery nature of his Irish and Scottish heritage in all that he did.

Joe’s lively and adventurous spirit began in childhood and continued throughout his life. He spent many early days carrying groceries across Queens Boulevard and selling housewares at The Happy Cooker while contemplating his next entrepreneurial endeavor. Eventually, his love of music took him in a new direction. Joe was the lead singer in the local legendary band “JK Slash”. He had all eyes on him with his magnificent voice and powerful stage presence. He loved the crowd and the crowd loved him.

After his Rock N Roll years, Joe moved on to a long and successful career in real estate. Joe worked side-by-side with his father and mother in a family-run business growing it year-by-year into a highly successful real estate company. In more recent years, Joe put his artistic and design talents to work buying and restoring historic Forest Hills Gardens homes to their former glory. Joe put his heart and soul into every project, pouring over details until the wee hours of the morning to make every house a perfect home with the Joe Keane touch (complete with tiny kitchen bathroom).

His legacy in Forest Hills goes beyond his real estate empire, Joe believed strongly in community. He gave tirelessly of his time and talents to his beloved home Forest Hills Gardens. Joe was a past president of the Forest Hills Gardens Community House. During his tenure he presided over several large renovation projects to long-neglected areas of the building including renovating the girls locker room in honor of his mother Sarah Keane. He was a dedicated member of the Mens Club, Forest Hills Gardens Celebration Committee, and would often be seen organizing the Christmas sleigh and making sure the nativity set in Station Square was picture-perfect. He volunteered for many years to make Children’s Day a special event for all the children in the neighborhood. He enjoyed participating in the Women’s Club theatre productions especially in the years his two daughters sang alongside him on stage.

Most of all Joe loved being a father. Maura and Katharine were the light of his life. There was no happier place for him than being on his boat in Gardiner’s Bay with his two daughters tubing behind him. There was nothing better than exploring with his family and he truly loved being near the sea, boogie boarding and snorkeling for hours. Joe lived life tenaciously and ferociously and his greatest gift was passing down his love of life. Joe was a generous man and we will miss his booming laughter, crooked smile, and wicked sense of humor.

Donations in lieu of flowers may be made to:

Our Lady of Mercy Catholic Academy

His memory will live on in our hearts forever. Cheers.

To send flowers to the family or plant a tree in memory of Joseph Keane, please visit Tribute Store
Thursday
3
June

Share Your Memory of
Joseph
Upload Your Memory View All Memories
Be the first to upload a memory!
Share A Memory
Send Flowers
Plant a Tree