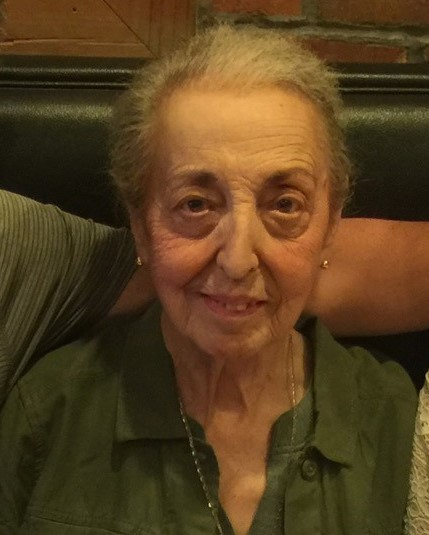 Please share a memory of Marie to include in a keepsake book for family and friends.
View Tribute Book

RUTHELONIS, MARIE A. (LINARDO), 89, of Kew Gardens passed away Thursday, October 14, 2021
at Summerlin Hospital in Las Vegas. She was the wife of the late Joseph R. Ruthelonis.  She married Joseph on May 6, 1979.  May was her favorite month, as it is traditionally dedicated to honor the intercession of Mary as the Mother of God, as well as all Moms. They were married for 34 years

Born in Kew Gardens, New York on August 15, 1932, Marie was the daughter of the late Francis V. and Mary (Tarantino) Linardo.

Marie worked at the Chatillon, a manufacturer of watches and clocks in Queens, where she met her late husband, Joseph Ruthelonis.  She was also a homemaker. She cared for her mother Mary Tarantino Linardo until her death in 1996 at 95 years of age. She was a member of Our Lady of the Cenacle Church in Queens when she lived in Kew Gardens.  Marie loved to dine in restaurants, Italian and Chinese were amongst her favorites, and she also loved to shop at Macy’s.  She did some traveling. One of her most cherished trips with her family was to Italy, where she had relatives.

Her family was a close-knit, traditional Italian family.  After her brother Michael passed, she moved to Las Vegas to be with her brother Francis who had just lost his wife Viola, where she resided for the past 14 years.  Her favorite restaurant was Mastrioni’s, which she would frequent several times a week. She was blessed with two wonderful friends in Vegas, Freida and Megan, but after losing her husband in 2016 and her brother in 2017, she was lonely and ready to make the move back to New York to be with loved ones that she missed dearly.

She is survived by her nephews Robert Fontes and Francis Fontes of Rhode Island and was the sister of the late Eugenia Linardo, Paul Linardo, Michael Linardo, Rose Fontes, Francis Linardo.  She is also survived by her cousins Angelica Tammaro of New York and Jean Bassani of Florida and her God daughters Maria, Luciana and Daniela Montuoro of New York.

Viewing will be held on Sunday, October 24, 2021 at the Fox Funeral Home, at 9807 Ascan Avenue in Forest Hills from 1:00 p.m to 7:00 p.m, followed by a 10:15 am Mass at Our Lady of the Cenacle Church in Queens. Interment will be at St. John’s Cemetery in Queens, where she will be laid to rest with her late husband Joseph Ruthelonis.

To send flowers to the family or plant a tree in memory of Marie Ruthelonis, please visit Tribute Store
Sunday
24
October

Share Your Memory of
Marie
Upload Your Memory View All Memories
Be the first to upload a memory!
Share A Memory
Send Flowers
Plant a Tree