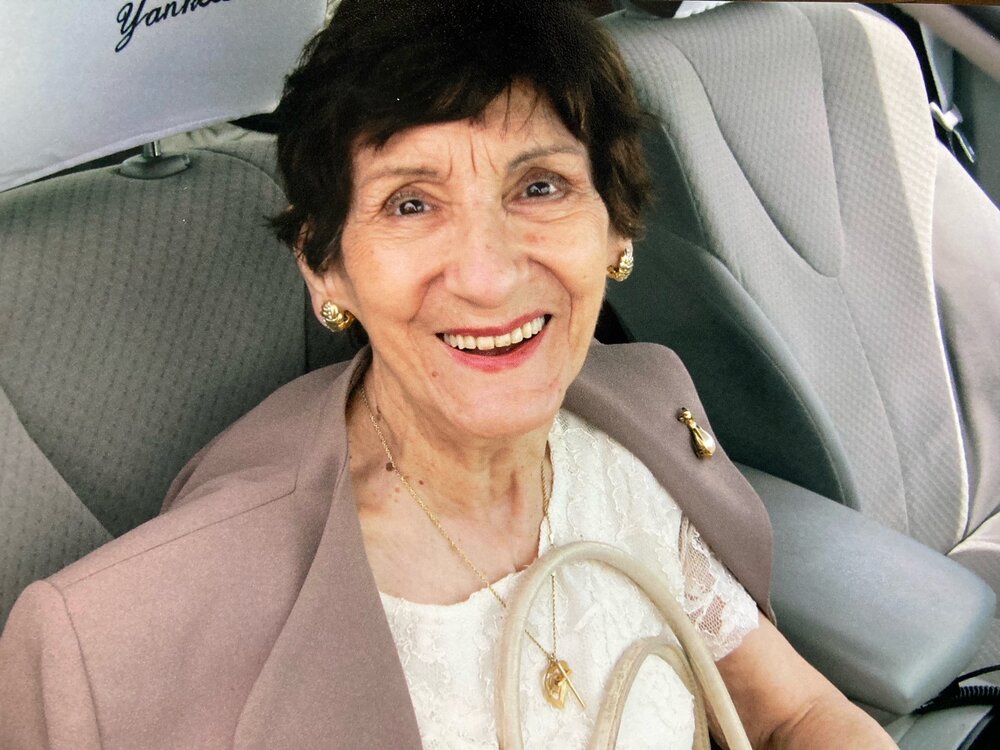 Please share a memory of Antonina to include in a keepsake book for family and friends.
View Tribute Book

One of Nina's final wishes was requesting donations to Feed the Children in her memory, in lieu of flowers. If you would like to honor her request in helping those in need, please click the "Donations" link on the left side of the page/drop down."

The funeral mass will be live streamed at the following website: https://mercyhills.org/

Antonina (Nina) Francesca Michelli (neé Moré) passed away on November 26, 2021. She was born in the "little, small town" of Roio del Sangro, Abruzzo in Italy on November 14, 1930 to Pietro Moré and Filomena (neé Coletta), the youngest of three children. While Pietro worked for decades as a chef in the US, Filomena managed the household and raised their children. Nina's sister Giuseppina had a profound impact on her life.

As a child, Nina lived a typical life in 1930s rural Abruzzo-- tending to livestock and getting into mischief around town. World War II was a traumatic interruption of her adolescence. When the German troops retreated through the region, they leveled her town. It was her twelfth birthday. For some time her paesan lived in the town's then-windowless church, the sole building left standing. Nina and her family survived mainly on potatoes, which had been safely, stored and hidden under a staircase that was miraculously intact after the bombings. When the Allied troops came through her town, they gave the children gum and one soldier gave Nina his boots, which didn't fit her well and left her with scars on her ankles late in life. After the war ended and at the age of 17, she finally met her father, who had been unable to return home for over a decade.

In search of brighter horizons, Nina left behind a difficult home situation and a war-torn country and braved the long ocean crossing to the US, and ultimately Pittsburgh (PA) in the early 1950s. Nina picked up English quickly with the help of other Italian immigrants. Despite her fluency in both languages, she would often say she could not speak English or Italian well.

Nina had two sons, Dominick and Peter, three years apart. By 1960, they had settled in Richmond Hill, Queens. She became a single parent, who defied contemporary cultural expectations. At a time when divorce was illegal in her home country, Nina was a fiercely independent woman: She worked multiple jobs to support her sons, including time in a fabric factory (where she lost some of her hearing) and then as a popular waitress and hostess in various fine Italian trattorias in midtown Manhattan. She was dedicated to her family and job to ensure her sons always had the best, never asking for help -- She depended on no one!

Nina was a beloved mother and grandmother, deeply devout Catholic, a natural storyteller, and a fashionista. She was a strong and powerful woman. She enjoyed dancing, traveling, and spending time with her family. Nina would always tell it like it was. She passed on her love of the fine arts and card games (especially scopa) to her grandchildren.  She loved her family and they adore her.

She is survived by her sons, Dominick and Peter Anthony, five grandchildren Paul, Julianna, Jaclyn, Peter Michael, Christiana, and three great-granddaughters (Aurora, Ariella and Selena), as well as her beloved sister's children Lucia and Mario Coletta.

Share Your Memory of
Antonina
Upload Your Memory View All Memories
Be the first to upload a memory!
Share A Memory