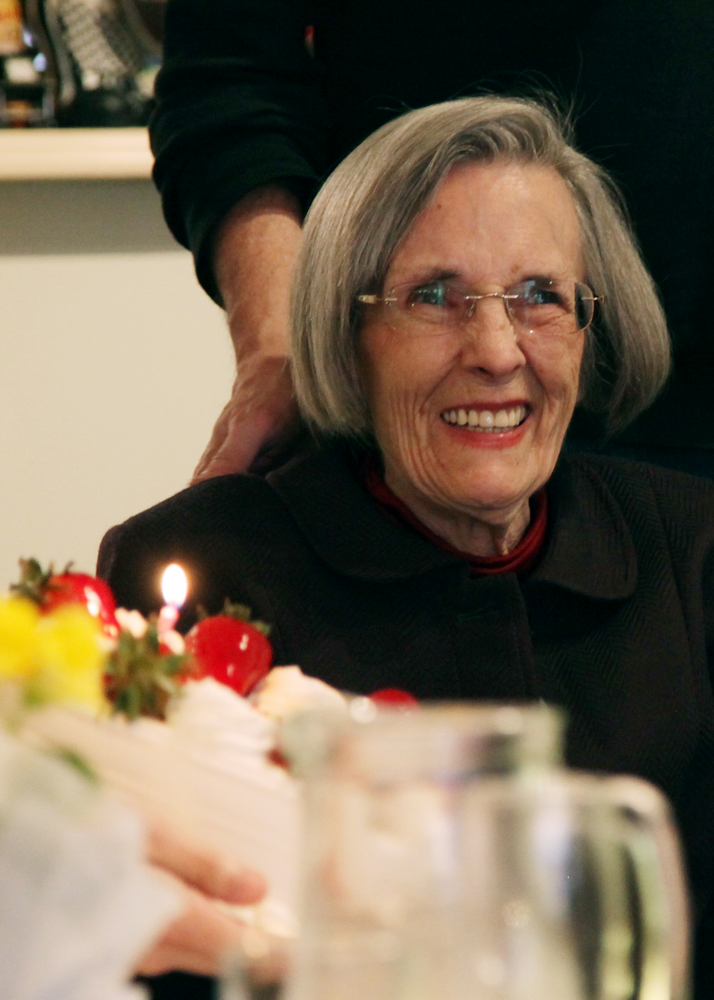 Please share a memory of Mollie to include in a keepsake book for family and friends.
View Tribute Book

In June 1957, she married Milburn David Smith Jr. of Fort Plain, New York, who she met when they were both members of the Columbia Players student theater group. Mr. Smith was a playwright and magazine editor and they remained married until his death in 2002.

In 1966, the Smiths bought a house in Forest Hills Gardens, where they lived for the rest of their lives. There, they raised four children and at various points the house was also home to Mrs. Smith’s brother, her niece, and four of six grandchildren.

A published writer and author, Mrs. Smith’s works included “An Unnecessary Woman,” a 1980 novel published by Belmont Tower Books, and “Entertain At Home,” published in 1978 by Playmore Inc., which billed itself as “A guide to formal, semi-formal and informal entertaining in your own home.”

Mrs. Smith was an active member of St. Luke’s Episcopal Church in Forest Hills, where she ran the children’s education program for over a decade and was beloved by her students. Her faith informed her political views on matters of social justice and equality. As a member of the P.S. 101 Parents’ Association she worked to desegregate New York City Public Schools. She founded committees to promote nuclear disarmament and peace efforts, provided food for local homeless shelters, registered voters and hosted fund-raisers for Democratic presidential candidates.

Besides her work as an author, teacher, activist and homemaker, Mrs. Smith was an insatiable reader, an accomplished chef and an avid gardener who gave lectures on the history of plantings and landscaping in Forest Hills Gardens and hosted walking tours of the neighborhood.

In lieu of flowers, Mrs. Smith asked that donations be made in her name to the United Negro College Fund: https://uncf.org/.

Share Your Memory of
Mollie
Upload Your Memory View All Memories
Be the first to upload a memory!
Share A Memory