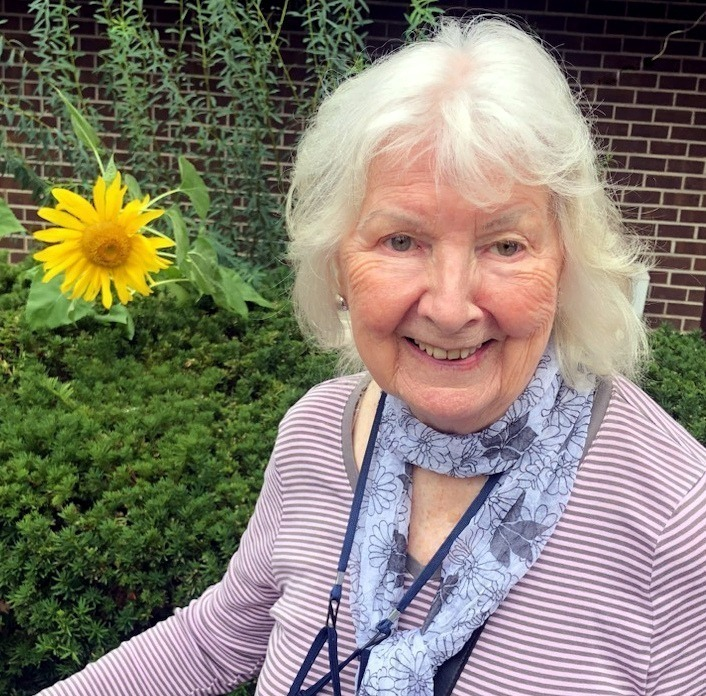 Please share a memory of Elizabeth to include in a keepsake book for family and friends.
View Tribute Book

After her school days at the all-Irish speaking school Scoil Fhursa, and then Taylor’s Hill,  Dicky went on to train in hotel management at the Great Southern Hotel in Galway.  This course included many exchange student trips abroad to Germany, London, Switzerland, and Paris which started her lifelong interest in travel.  But even after all her travels around Europe, she met her one true love back in her hometown of Galway.  Billy Heskin was the love of her life.

Like two peas in a pod, Dicky and Billy were both free spirits and both artists.  With a restless nature and an appetite for adventure, they decided to take off on a trip for a few months to New York City.  They fell in love with the excitement of New York and decided to stay.

During their life there, they raised four daughters, Kathryn (Pucci) a Pilates teacher and a devoted mother of three beautiful children, Liz (La La) a contemporary art dealer, Maggie (Bella) a classical music editor and mother to a beautiful daughter, and Suzanne (Suzie Q) a graphic designer and art historian.

Dicky is survived by her sisters-in-law Kathleen Heskin, Hilary Heskin, Mary Heskin, brother-in-law Joe Heskin, and many nieces and nephews.  Her smile, laughter and warmth will be missed.

To send flowers to the family or plant a tree in memory of Elizabeth Heskin, please visit Tribute Store
Saturday
3
December

Share Your Memory of
Elizabeth
Upload Your Memory View All Memories
Be the first to upload a memory!
Share A Memory
Send Flowers
Plant a Tree