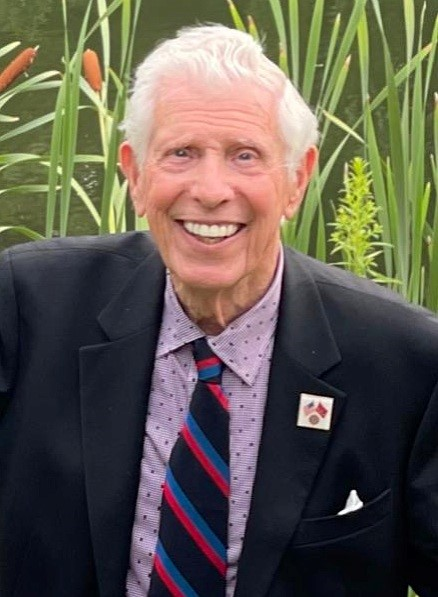 Please share a memory of John to include in a keepsake book for family and friends.
View Tribute Book

John was born on July 26th, 1931, to John L. Patrick Beglan and Frances C. Beglan in Yonkers N.Y. After John graduated from Xavier High School in 1949 completing both JROTC and academic programs, he went on to study at the American Institute of Banking, N.Y. at the same time pursued flying lessons at Flushing Airfield.

John enlisted as a Private on November 11th, 1950, in the U.S. Marine Air Detachment and later was activated to the Korean Conflict in 1951 where he was promoted to Corporal. On June 1st, 1952, John became a Naval Aviation Cadet and later was commissioned Second Lieutenant in 1954 and then First Lieutenant in 1955 where he served active duty until March 1957. By this time John was promoted to Captain and served in the Reserve until 1967.

On June 21st, 1958, John married Rene F. Beglan, also known as Paquita who emigrated from Lima, Peru. Together, they made Kings Park, N.Y. their home for the next 40 years. In 2001 they moved to Princeton Junction, N.J. and then in January 2022 moved to Naples, FL. They raised one child, John Jeffrey Beglan and became proud grandparents to four grandchildren: Christopher, Emily, Thomas, and Jennifer. John and Paquita were married for 64 years and surrounded themselves with many friends and family from all over the world.

Services will be held at Fox Funeral Home on Thursday January 5th at 8:00am.

In lieu of flowers, the family requests donations be made to Semper Fi & America’s Fund, an organization John felt strongly about. Tribute the gift for John L. Beglan Jr. at https://thefund.org/donate/

To send flowers to the family or plant a tree in memory of John Beglan Jr., please visit Tribute Store
Thursday
5
January

Share Your Memory of
John
Upload Your Memory View All Memories
Be the first to upload a memory!
Share A Memory
Send Flowers
Plant a Tree