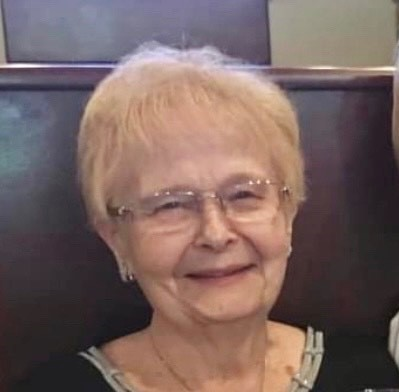 Please share a memory of Margaret to include in a keepsake book for family and friends.
View Tribute Book

Margaret Marie McElligott passed away peacefully at her home on January 14, 2023. She was
born on June 19, 1932 to Alois Scherzinger and Margaret Schreiber. She was predeceased by
her sisters Anna, Madeline and Katherine.
Growing up in Ridgewood, Queens, NY, Margaret attended PS 93 and graduated from Grover
Cleveland High School. Margaret was employed as a Bookkeeper - Secretary for the U.S. Army
at the Brooklyn Army Terminal. She was later employed by the General Foods Corporation in
the same capacity. Margaret met her future husband, James, on January 13, 1951. After James
returned from the service in the U.S. Army overseas they were joined in Holy Matrimony on
June 18, 1955.
Margaret became a fulltime mother and homemaker raising her four children in their home in
Forest Hills, Queens. While raising her family she also became the primary care giver for her
mother, and later her mother-in-law who resided at home with the family. She enjoyed many
recreational hobbies including boating, going to Belmont race track, rooting for her beloved New
York Yankees and was a master at Scrabble…her favorite game.
She is survived by her loving husband, James, four children, James, Thomas, Kevin and
Kathryn, nine grandchildren and two great grandchildren. We were all blessed to have her in our
lives.

To send flowers to the family or plant a tree in memory of Margaret McElligott, please visit Tribute Store
Tuesday
17
January

Share Your Memory of
Margaret
Upload Your Memory View All Memories
Be the first to upload a memory!
Share A Memory
Send Flowers
Plant a Tree