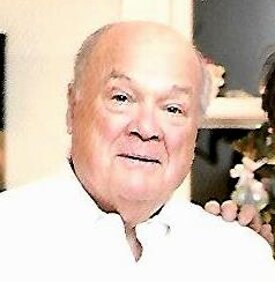 Please share a memory of Wayne to include in a keepsake book for family and friends.
View Tribute Book

Wayne C. Baxter passed away at the Glengariff Rehabilitation and Healthcare Center on Friday, April 8th, 2022. He was 78.

After enjoying the holidays with family at his home in the Adirondacks, he and his wife Sally returned to Forest Hills, Queens. As January became February his health declined. He received treatment at Colombia Presbyterian where he learned, among other health complications, that he was suffering from CIDP, a neurological disorder. Treatments unfortunately had little effect.

Wayne is survived by his loving wife Sally (nee Walkup), his two sons, Thaddeus (Elizabeth) and Danford (Marcia), and his daughter Rebecca (Joshua). His grandchildren Austin (Kate), Lindsay, Shay, Cole, Reese, Wyatt and Finley will miss their Papa terribly. He is also survived by his brother and lifelong business partner S. Noel Baxter (Sandra) as well as his sister Barbara Baxter Gilmore (Tom).

Wayne held great love for his wife Sally and their family, and for their life together. In his professional life, he advocated for and was devoted to providing quality funeral service. A member, as well as a President, of the Metropolitan Funeral Directors Association and the New York State Funeral Directors Association, he championed the cause of his funeral director colleagues and consumers.

His last dedication was to his beloved Adirondacks. Never a day went by that didn’t concern the improvement of the house and grounds. His relationships there meant as much to him as any that he ever made. He loved the people of and life he had in Chestertown, NY.

In lieu of flowers please consider a donation to one of the following organizations:  Please click on the links below to donate.

Share Your Memory of
Wayne
Upload Your Memory View All Memories
Be the first to upload a memory!
Share A Memory